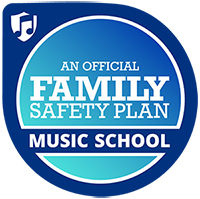 We are an Official Family Safety Plan Music School!
Ray Mullin Music offers music education for individuals of every age and skill level. Whether you’re planning on pursuing a career in music or just want to have some casual fun learning an instrument, we’ll help you achieve your goals!

At Ray Mullin Music, we provide private instruction for guitar, bass, drums, vocals, piano, ukulele, brass, and woodwind. Our instructors are highly skilled and educated at the college level. We take pride in our diverse group of instructors’ musical styles from Jazz to Classical to Metal. You tell us what your goals are, we’ll put you with an instructor who will accommodate your needs.

Signing up is as easy as a 3 minute phone call. When you call you will be matched with a teacher at a convenient time for you! That will be your reoccurring time slot. Same time and day of the week each week.

The Rate for private lessons is currently $30.00 per half hour lesson. Payments are made monthly for the entirety of that month. A typical month of lessons is $120.00 however some months you’ll get a 5th lesson that particular month. For these months the cost is $150.00 Payments are made out directly to your instructor and must be paid in the form of cash or check made out to your instructor.

Make up Lessons are left to the discretion of your teacher and are not guaranteed. 24hour notice for cancelations is required in order to be eligible for a makeup lesson except in certain unforeseeable situations. 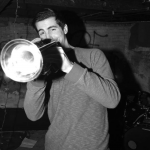 Steven Richards is a 2015 graduate of Rhode Island College, where he obtained his Bachelor of Music in Music Education. Since 2015, he has been teaching in the North Providence School District. In North Providence, Steven teaches general music to grades K-5, recorder to grades 3-5, as well as a before school band program with 4th and 5th graders. Steven is proficient in all instruments, with his primary being the trumpet. Steven is also the brass section leader in the local funk band “Unusual Business”. 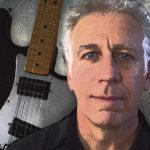 Steve Young has a bachelors degree from Berklee College of Music and a master’s degree from The New England Conservatory of Music. Extensive playing experience in the NY/NJ area and throughout New England. Steve, a Veteran himself, assembled a weekly program for Vets of free guitar lessons with free guitars at the Providence VA. He has also put together a program of free guitar lessons along with guitars for children of homeless families. To learn more about Steve go to steveyoungmusic.com. 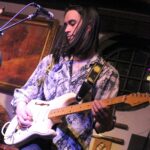 Chris Vaillancourt is a full-time guitarist who has been playing for over 16 years and has 12 years of teaching experience, including 8 years of running a music program at the Met School in Newport, RI. He works with students ranging from complete beginners to seasoned, gigging professionals. When he’s not teaching, Chris is performing and recording with bands like Dan Burke & the Royal Treatment and FuturePhase, and doing freelance gigs as a sideman.

His main goal as a teacher is to impart the essential skills that will help you connect with your instrument, learn the songs you enjoy, become fluent at communicating and jamming with other 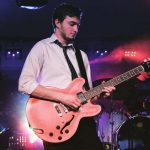 Nick is a Bridgewater State University graduate where he received his degree in Music Education. While at Bridgewater, Nick studied classical performance under Jerome Mouffe and Jazz performance under Vladan Milenkovic. Nick regularly plays at notable venues in the New England area, showing his versatility in a wide variety of genres including rock, blues, country, classical, jazz, funk, metal, musical theater and acoustic. In addition to performing, Nick has experience as a recording engineer, studio musician, arranger, and composer.

As an educator, he has taught students with skills ranging from beginner to advanced. Whether teaching privately, in a school system, or teaching as the co-founder of a non profit to give guitar lessons to at-risk children, Nick has had students of all ages. He is currently attending Gordon College to complete his Masters degree. 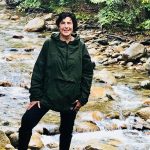 Janet graduated Barrington High School and studied Music and nutrition at the University of Rhode Island. She was a member of former rock band The Dames /BRU.rock hunt winners ’86. Janet has been a piano teacher at Ray Mullins for over ten years. 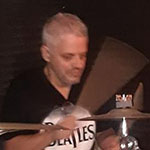 David is a multi-instrumentalist with a bachelor’s degree in music from UMASS Dartmouth with over thirty years teaching experience including over twenty years working with special needs children. He has been teaching at Ray Mullin Music since 2001 and offers both drum and piano lessons and has an extensive knowledge of music theory.

David specializes in all styles and excels in helping young school band students achieve success in their music programs such as concert, marching, jazz, pops or district bands. Many of his students have gone on to become successful musicians.

David performs locally as a freelance musician and delights specifically in his role as the orchestra drummer for the Case High School Theatre department.